Показать примечания автора
Примечания автора:
This fic contains some pretty DARK and DISTURBING themes and images, so please, carefully consider if you should read it. There's a side-story for this fic. It is called 'Until the end', and it's about Harry's school years. A background of sorts :)I work on them both at the same time. Check it out if you're interested! THIS WORK IS BEING RE-WRITTEN! Old readers — I'm sorry, I really am; and new ones — be aware that this fic as it is won't exist for very long.I started writing this story literally years ago, and didn't really know where I wanted it all to go, hence — quite a few things didn't happen when they were supposed to, some of them led to things I don't want to include anymore or simply are not possible due to a number of factors, and all of it altogether is rather poorly written (poor weak dialogs, poor logic, poor grammar, etc.). And after thinking it trough for some time, I've decided to re-write the story. I cannot even call what I'm doing with it a heavy editing, because of how much I'm changing. All major events are staying, though, but will be written differently and possibly moved along the timeline.At first I didn't want to say anything before I'm ready to post, but it will definitely take several months at least, and it won't be fair to you guys. So I'm going to post this note as an update too.I won't delete this version until I'll start posting the new one, and I'll give you a warning the day before, so if you don't want to miss it — there's a button 'subscribe' at the top, you know what to do with it! :)
Текст произведения доступен на исходном сайте
Последнее обновление: 12 сентября в 19:48. 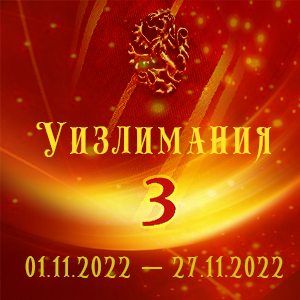